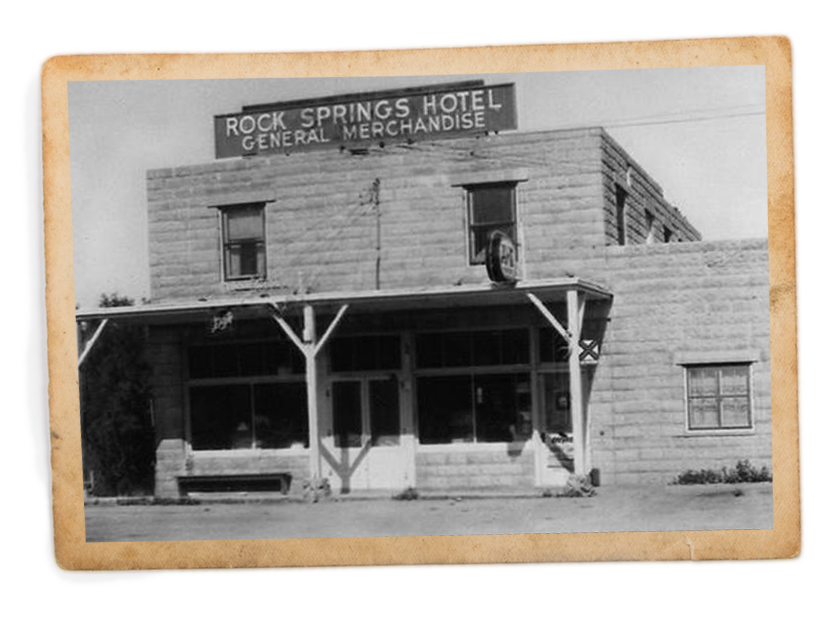 Before written history of the area, Rock Springs was a periodic encampment for the Yavapai Indians. Beginning in the 1800’s “The Rock” as it later became known, served as a military bivouac and a water stop for miners, cattle drivers, sheepherders and travelers on the Black Canyon trail. About 1917 the last Black Canyon stagecoach was retired and motor vehicles took over the trail. Shortly thereafter, our founder, Ben Warner, then an aspiring 19-year old entrepreneur, built a canvas-covered store to supply merchandise for travelers, miners and local ranchers. As business prospered, he started a hotel and general store in 1918, which opened in 1924.

In those early days the drive between Prescott and Phoenix was a tortuous experience. Flat tires, steaming radiators and dust were not unexpected problems, just part of the normal trip. Long before the days of tanker trucks, Ben had to haul and sell gasoline from 5 gallon cans. Canvas bags could be filled with water from his hand dug well, and miners made regular trips from the gold camps to stock up on supplies. Although from the time Rock Springs Store opened until 1933 the sale of alcoholic beverages was prohibited in America, in our attic there is what appears to be a copper still – suggesting Ben also carried an unpublicized product line. 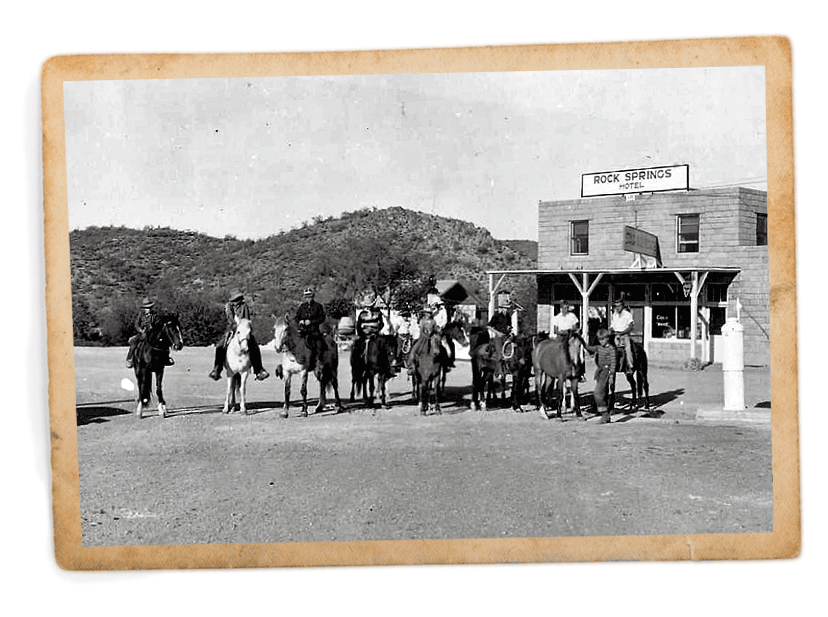 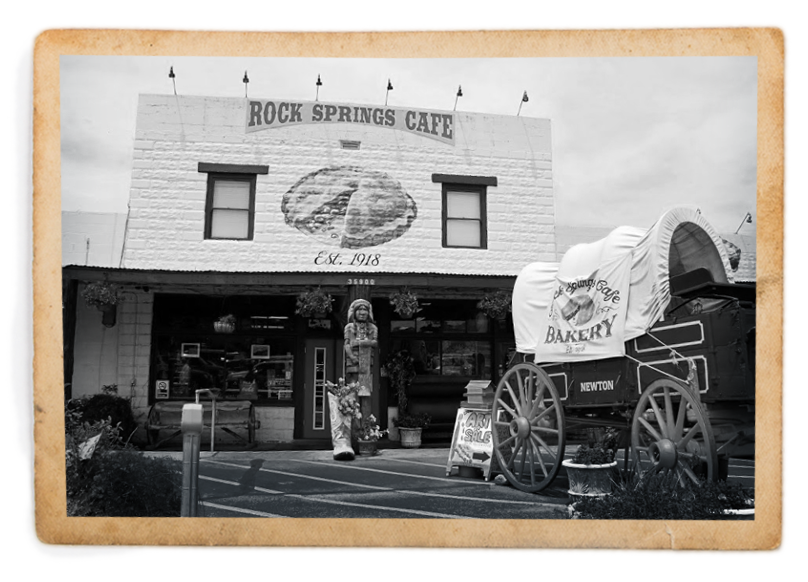 As Rock Springs became established, and even though it was no more than a mercantile store, hotel and home to Ben Warner’s family, all the surrounding area became identified on maps and known as Rock Springs. The Rock had the first telephone for many miles (Yavapai County #93), and Ben was the area postmaster until 1955. It has been a favorite stop for travelers for over 80 years and still continues to this day. Many of Arizona’s famous pioneers knew “The Rock” well. As frequent travelers between Prescott and Phoenix, the Goldwater family became frequent visitors to the store and cafe. Although never considered a glamorous destination, Warners hotel did have a few early film star visitors, including Cowboy actor Tom Mix, and glamorous Jean Harlow (who apparently stayed together).

More recently our famous pies and outdoor BBQ’s have made history, but old or new, history, hospitality and good food is what “The Rock” is all about.

We’re always looking for history about Rock Springs Café. If you have a story or an old photo or anything of interest, Please drop us a line so that we may collect and preserve the history of this Arizona landmark.